Proceed to cart
Customer support:info@stoa-games.com
Login
Home / ABOUT US / Our Story 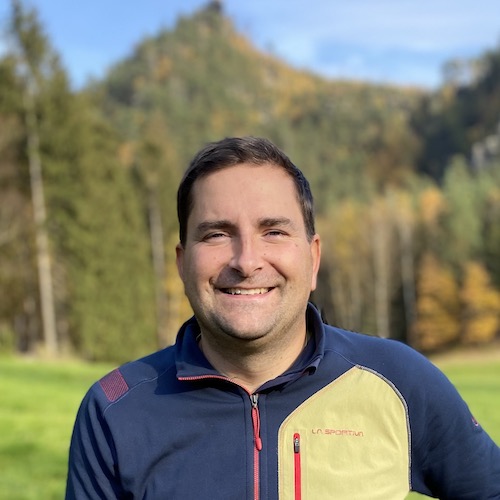 Those who don't do anything, can't fail in anything...but they also cannot achieve anything.
That is the philosophy that has always driven me. Not that you have to succeed in everything but if you won't try it, you will end up thinkg what would happen, if you did. And I chose games.

A few years back I was in the construction business, but I felt it's not something for me - I already have the idea of starting my own business. My dad was a construction worker and when I saw a green carpet around our pool and two minigolf sticks next to it, the idea came to me. The first idea was a garden minigolf - one track and exchangeable obstacles - it was 2006.

Few years later (2008) the minigolf seemed like it is not enough (us - my dad is the co-founder of our company) and so we expanded our activities into other games - skittles, chess, memorize, domino... garden activities and outdoor games. We wanted games tha will look good, have high quality and games that will make both us and our customers happy - so we chose wood.

And different games came later on - Dra-kula, Garden-rondo and others.

When we bought a piece of land, thanks to the construction company of my father, we decided to create a space for presentation of our products... we created a garden, a stone river and in the 2009 I've bought a couple of golf sticks... and so we created Golf Zlonin.

Our golf field (if I can call it that, since our field is rather non-traditional and I'd recommend it to try out for those who are not really fans of golf) and our games pushed us towards other activites. The game Hookbruc was created to teach children the rules and the ethiquete of golf and respect towards each other and to show them that there are more than just computers and tablets.

I am proud that we make our games in the Czech Republic - because we can. We know that we make things that are not cheap. But they have high quality and our customers know what they're made from, they want to pay someone who puts his work into it, they want their products to be nicely packed and they want to have someone who'll always be able to give them the right advice.

Our goal is to bring you high-quality, good-looking products that will make your garden, park, hotel or school look nice. And we thank you, our customers (both to those who already bought something as well as those who are planning to buy something) because without you, we could have never achieved what we have achieved, do what we love to do and futher expand our motto. We are happy to make you happy.

How it all began 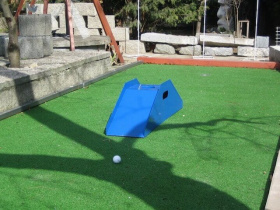 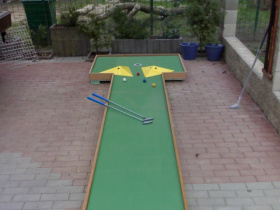 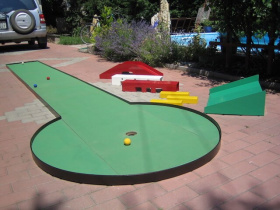 Picture 1: Carpet around the pool and the first version of Garden Minigolf, back then still in a single piece version - the carpet is put on a concrete and attached on the sides by beams and jäkles. Picture 2: First prototype of the Garden Minigolf, it took us about three days to make it - something unthinkable today. Picture 3: Here is minigolf slowly taking its shape... The design here is still with a rubber surface. Picture 4: Starting other outdoor games - Donť get angry, man (with PVC plate that we no longer use), skittles (variant of attachment to the mini-golf), outdoor chess or croquet.

A bit from our background 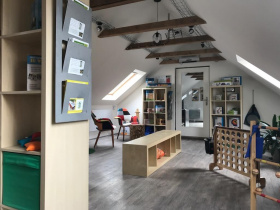 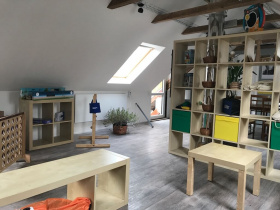 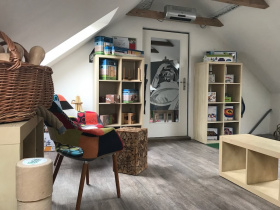 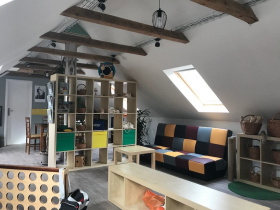 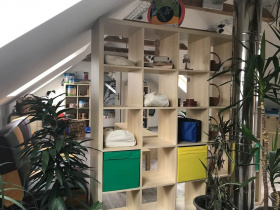 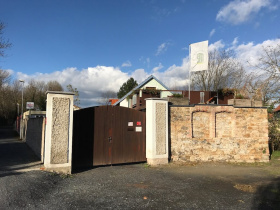 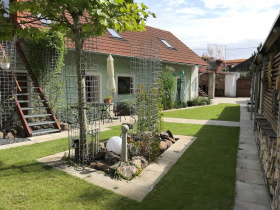 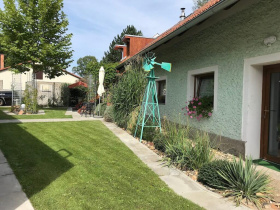